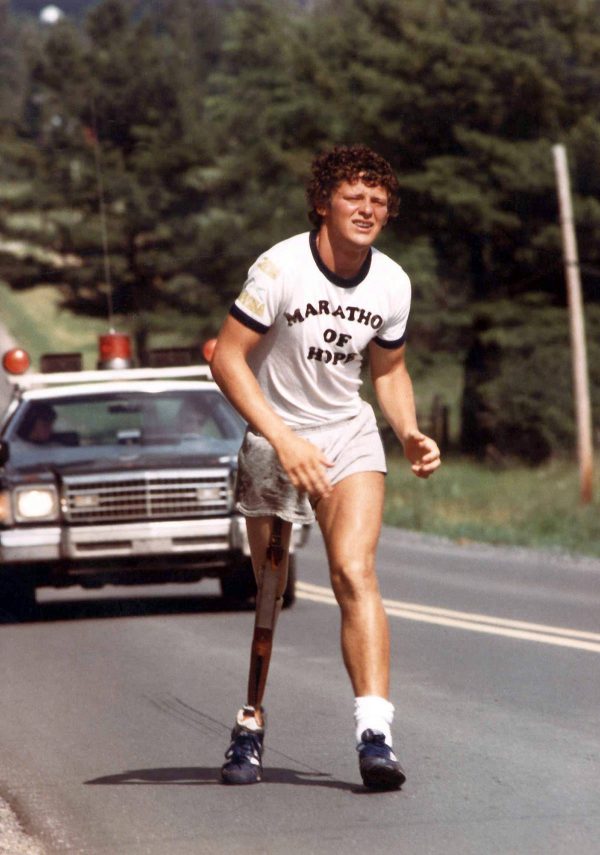 Terry Fox was only 18 years old when he was diagnosed with bone cancer and forced to have his right leg amputated 15 centimetres above the knee in 1977. While in hospital, Terry was so overcome by the suffering of other cancer patients, many of them young children, that he decided to run across Canada to raise money for cancer research. He would call his journey the Marathon of Hope. On September 1st, after 143 days and 5,373 kilometres, Terry was forced to stop running because cancer had appeared in his lungs. An entire nation was stunned and saddened. Terry passed away on June 28, 1981 at the age 22. The heroic Canadian was gone, but his legacy was just beginning. To date, over $750 million has been raised worldwide for cancer research in Terry’s name through the annual Terry Fox Run, held across Canada and around the world. As we celebrate 40 years of the Marathon of Hope, we have a new set of challenges to overcome. This year has been particularly difficult, to say the least, but we need you now more than ever! Your BCCIS Leadership students have organized a fun and safe event, keeping all Covid health precautions in mind. Our run for grades 1 – 6 will take place on Sunday November 22nd and Monday November 23 at BCCIS. Water will be for sale for 5LE a bottle. T-shirts will be for sale (no pre-sales) for 200LE. They come in child friendly sizes and have the 40th anniversary logo along with our BCCIS logo. 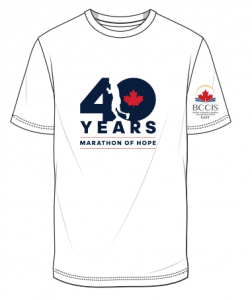